If you have any questions regarding our services, feel free to stop by our facility and speak with one of our staff members.

We can also be reached via email or by phone. Suzanne is the Coordinator of the center and has been a part of Instructional Technology Services for many years.  She manages the student assistants and helps support classroom instruction with a variety of services available to the campus community. Kavita Bhavsar is a Psychology Major with a Pre-Medical track. She loves children which is why in the future she eventually wants to become a child psychiatrist. Tara Cartier is a Nursing major with plans to minor in Public Health. She is a member of the Student Nursing Association and the Yoga Humanitarian Club.  In the future she would love to travel and pursue a graduate degree to become a Nurse Practitioner. Julia (Ino) Cintron-Burch is double major in History and Political Science. She also serves as a Senator of Humanities and Social Sciences on TCNJ’s Student Government.  After graduation she plans on attending Law School and adopting several rescue dogs. Shaniqua Dawes is a Visual Arts major, specializing in Graphic Design. She has a minor in Creative Writing. She is a member of Golden Key and Kappa Pi. In her spare time, she loves listening to music and write stories. She enjoys traveling and being in new spaces. 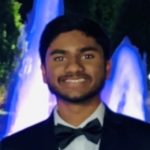 Nikith Fernando is a Finance major and plans to double minor in accounting and computer science. In his free time he likes to listen to music and hangout with friends. After he graduates he plans on getting his MBA. Samantha Foo is a business management major and loves being actively involved on campus. She is a member of Alpha Phi Omega, Women in Business, the Outdoors Club, and is secretary of the Chinese Students Association. She also runs a fashion and lifestyle blog. 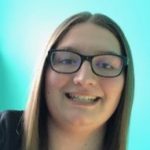 Megan Gosiker is a History and Secondary Education major. She hopes one day to become a high school history teacher, and eventually a superintendent. As a freshman, Megan looks forward to joining clubs, and exploring cool minors. In her spare time, she loves to read, listen to music and organize. 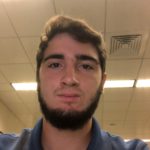 Andrew Iannaccone is a Criminology major and wants to work at a law enforcement agency at the state or federal level. He plays rugby for the school as a forward. Andrew is an Eagle Scout and will running the National Youth Leadership Training conference for Monmouth Council. Emily Lo is a Comm Studies major, specializing in the Public and Mass track and a minor in International Studies. She is not certain what career path she will follow but wants to travel the world to learn the language and culture behind each person she meets. In her free time, you’ll find her taking photos or watching food videos on YouTube. 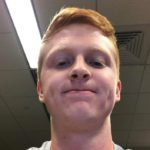 Frankie Moran is an Electrical Engineering major who loves being a student at TCNJ. He enjoys playing music, as well as soccer. He also plans on pursuing further education after graduating. Zoe Paxos is a Health and Exercise Science Major and also has a passion for art. She runs both cross country and track and field at TCNJ. She plans on becoming a sports dietician while selling artwork on the side. Cameron Regner is a Public Health major who plans on getting his Masters after graduating. He is very passionate about being a part of the TCNJ community, on campus he volunteers with AVI. Chris Zurfluh is a Statistics major minoring in Quantitative Criminology. He is the Treasurer of Enigma, TCNJ’s one and only puzzle club. After graduation, Chris plans to go into data analytics with a law enforcement agency such as the FBI.